The new Raspberry Pi 4 8GB reduces slicing times and makes for a more responsive GUI on this experimental 3D printer. Let’s take a look at what Clem changed and how…

The previous iteration of his build was “huge”, mainly because the only suitable screen Clem had to hand was a big 4K monitor. This new build flips the previous concept upside down by reducing the base size and the amount of resin needed.

Breaking out of the axis

To resize the project effectively, Clem came out of an X,Y axis and into Z, reducing the surface area but still allowing for scaling up, well, upwards! The resized, flipped version of this project also reduces the cost (resin is expensive stuff) and makes the whole thing more portable than a traditional, clunky 3D printer.

Now for the brains of the thing: nanodlip is free (but not open source) software which Clem ran on a Raspberry Pi 4. Using an 8GB Raspberry Pi will get you faster slicing times, so go big if you can.

A 5V and 12V switch volt power supply sorts out the Nanotec stepper motor. To get the signal from the Raspberry Pi GPIO pins to the stepper driver and to the motor, the pins are configured in nanodlp; Clem has shared his settings if you’d like to copy them (scroll down on this page to find a ‘Resources’ zip file just under the ‘Bill of Materials’ list).

For the display, there’s a Midas screen and an official Raspberry Pi 7″ Touchscreen Display, both of which work perfectly with nanodlip.

At 9:15 minutes in to the project video, Clem shows you around Fusion 360 and how he designed, printed, assembled, and tested the build’s engineering.

Now for the fancy, groundbreaking bit: Clem chose very specialised photocentric, high-tensile daylight resin so he can use LEDs with a daylight spectrum. This type of resin also has a lower density, so the liquid does not need to be suspended by surface tension (as in traditional 3D printers), rather it floats because of its own buoyancy. This way, you’ll need less resin to start with, and you’ll waste less too whenever you make a mistake. At 13:30 minutes into the project video, Clem shares the secret of how you achieve an ‘Oversaturated Solution’ in order to get your resin to float.

Join the conversation on YouTube if you’ve got an idea that could improve this unique approach to building 3D printers.

Some Twitter users in Brazil may be seeing a timeline that’s purely in Brazilian Portuguese even if they’re following accounts that usually tweet in other languages. That’s because Twitter has started testing automatic translations in the region “to…

TCL on Tuesday launched the latest iterations of its popular 6-Series and 5-Series 4K HDR TVs. Both lineups are available starting today, though TCL says the former will have “limited availability” on Tuesday.

The 6-Series and 5-Series tend to be TCL’s most recommended models for mainstream TV buyers, having offered laudable performance and simple Roku TV software at reasonable prices in recent years. The 6-Series slots in just below the company’s highest-end 8-Series models, while the 5-Series sits just ahead of the more budget-friendly 4-Series and 3-Series TVs. In general, TCL’s TV business has seen increasing success in the United States; today, the Chinese electronics firm only trails Samsung in US market share.

Oral care company Quip announced today it’s upgrading its signature product, the electric toothbrush, with a new Smart Brush. The new brush has the signature features of Quip’s OG Electric Toothbrush — it still sticks on your mirror and guides you t… 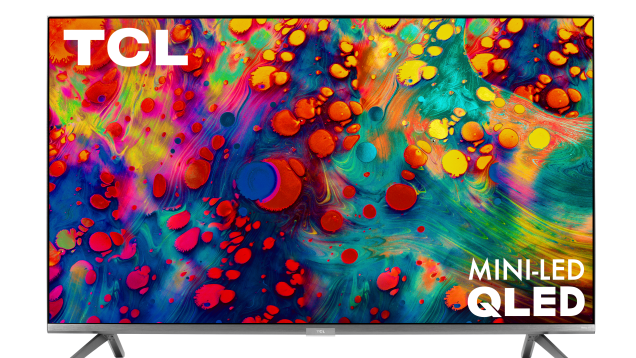 TCL has revealed the prices for its new 2020 5-Series and 6-Series TVs, and like other newer models from many of its competitors this year, the company is definitely attempting to woo gamers. 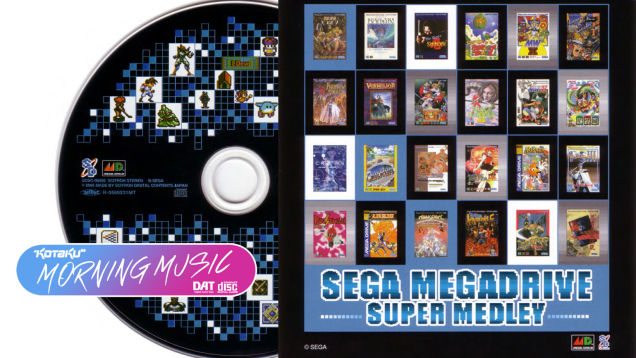 Welcome to Morning Music, Kotaku’s new, daily hangout for folks who love video games and the cool-ass sounds they make. Today we check out an album of energetic Sega Genesis / Mega Drive medleys that hit 15 years ago, almost to the day.

Today we are taking a look at NZXT’s latest PSU, the 650 Watt C-series C650. Aimed at advanced PC users and enthusiasts alike, its basic specs initially seem unimpressive; however digging down reveals a very solid and efficient 80 Plus Gold PSU design underneath. Coupled with 10-year warranty, and the C650 has all the makings of a PSU that’s designed to last.

For Intel NVDIMMs like DC Persistent Memory there is support on the way with Linux 5.9 to support firmware updates to the non-volatile memory device without the need for a system reboot…

If you wanted a Microsoft Hololens but thought that headset was just too big, then maybe the Nreal Light glasses are for you. They advertise mixed reality tech in a much smaller package, and mostly deliver on it. They’re more stylish than Google Glas…

Source: Engadget – The Morning After: Apple started the public beta for watchOS 7

Source: LXer – How to Install and Configure MongoDB on CentOS 8

Google Play Music is shutting down soon, and the transition to YouTube Music currently leaves a lot to be desired. For users with uploaded music, the transfer tool will port your music over seamlessly, but once you’re in the YouTube Music interface, you’ll discover that plenty of features have gone missing, and things that used to work on the free tier suddenly don’t. If my email inbox is any indication, hordes of people are searching for alternatives.

Google isn’t turning a deaf ear to the concerns of the Google Music migrators, though. In response to articles we’ve written here like “YouTube Music is holding my speakers for ransom,” Google got in touch with us and sent over a statement:

We understand that uploaded content is an integral part of the listening experience for many of our users across YouTube Music. While several features for uploaded content aren’t currently working in the free YouTube Music experience, we’re working hard to address these feature gaps and bring additional functionality to our free tier user. We look forward to sharing more updates soon.

While this is a bit vague, the shoutout for users of uploaded content is a change of tone from what the company was saying in June. Our YouTube Music article was mainly about the free-versus-premium feature changes in YouTube Music and Google Music, including the requirement of a monthly fee in order to play purchased and uploaded music on Google Home speakers. Before publishing that article, we double-checked with Google to ask if charging to use a Google Home from YouTube music was really what it was planning, and all the company would do is reaffirm the current restrictions.

If you went to the movies in 2019, you probably saw a Disney movie. Seven of the top 10 highest-grossing films released in the United States last year were distributed by the House of Mouse, and hundreds of millions of people went to see them on thousands of screens. Some weeks it felt like the entire film industry was Disney: Captain Marvel and the rest of the Avengers (Endgame) competed for your attention for a while, as Aladdin, The Lion King, and Toy Story 4 kept up a steady drumbeat of animation until Elsa dropped back onto hapless households in Frozen II. In amongst that morass, though, there were still other movies shown, many of them popular with audiences and critics alike.

But now, the rule that prevented a studio from buying up a major theater chain is now gone—opening up the possibility that your local cinema could go whole hog and become a true Disneyplex before you know it.

On Friday, a federal judge agreed to the Department of Justice’s petition to vacate the Paramount Consent Decrees, a landmark 1948 ruling that forbade vertical integration in the film sector and ended the Hollywood studio system. In isolation, the decision could raise some concerns. In a world where theaters are decimated thanks to a pandemic and consolidation among media firms is already rampant, the future for independent theaters looks grim.

Microsoft is releasing its Android xCloud game streaming service in beta today at 9AM, with just over a month remaining until the full launch. It’s currently only available in preview form for Xbox Insiders, but all Xbox Game Pass Ultimate subscriber…

Photoflare is an open source image editor that provides basic image editing features with a simple-to-use interface. Learn how to install it on Linux.

schwit1 writes: A new map shows what the red planet would look like if 71 percent of its surface area was covered with water — around the same proportion as Earth. The results are spectacular: it shows two distinct landmasses forming, each of which would seem to form continents. While the left side shows a dramatic, mountainous terrain that includes Olympus Mons, the right side seems to offer more flatlands that include planes like Terra Sabaea.

The map was created by Aaditya Raj Bhattarai, a Nepal-based civil engineering student currently studying for his bachelor’s degree at Tribhuwan University. “I am [a] big fan of Elon [Musk] and SpaceX and their plan to put man on Mars, and I hope I could help in his cause,” Bhattarai says. “This is a part of my side project where I calculate the volume of water required to make life on Mars sustainable and the sources required for those water volumes from comets that will come nearby Mars in [the] next 100 years.” […] Bhattarai noted that in this map, Mars’ sea level lies as low as 1,211 meters (0.75 miles) below the geoid level, a level that averages out the ocean surface by removing factors like tides and currents. The sea level also lies a staggering 20,076 meters (12.5 miles) below Olympus Mons, depicted in the image as the top-left-most black dot. Olympus Mons is the largest volcano in the solar system and measures more than double the height of Mount Everest.

Source: Slashdot – What Mars Would Look Like If Its Surface Was Covered With Water

Earlier this year, Google announced that it would end support for Chrome Apps on Windows, Mac and Linux by June 2020, or for enterprises and educators by December 2020. However, in case you’re among the few still using them, it has now announced an e…

Monitoring tools are vital and every system admin knows it. With the help of resource monitoring applications, we can continually observe the health of a system’s resources when a task is running. Bashtop and Bpytop resource monitors are used to monitor system resources in Linux and Unix-like operating systems.

The Flash-Friendly File-System (F2FS) changes have been sent in for the in-development Linux 5.9 kernel…