Advanced Copy is a mod for the GNU cp and GNU mv programs. It adds a progress bar and provides some information on what’s going on while you copy or move files and folders.

CNN describes the reactions posted online by six beta testers of Tesla’s “full self-driving” software, saying they “appear to be both delighted and alarmed by what they’ve experienced so far.”

“Turn left. Come on. What are you doing?” said one frustrated Tesla owner as his car appeared slow to change lanes during a trip he posted on YouTube last week. “I swear I’m not drunk you guys, I’m not drunk, it’s my car….”

CNN Business reviewed hours of footage and found early impressions of the software are a mixed bag. At times the testers are impressed with the “full self-driving” technology, in other cases they say it’s overly cautious. The videos also show unsafe situations that appear to result from the car not understanding traffic well enough.

Brandon McGowen, one of the beta testers, has posted videos online in which his Tesla nearly drives off the road or into a median. He’s not the only driver who claims to have experienced trouble while testing the software. Beta testers Zeb Hallock, James Locke, Rafael Santoni, Kim Paquette, and a YouTuber who goes by “Tesla Raj,” have highlighted concerns. In videos reviewed by CNN Business, Teslas appear to blow through red lights, stop well short of intersections, miss turns, nearly rear-end a parked car, make a turn from the wrong lane, and speed over speed bumps…

Tesla has warned current drivers to pay extra attention to the road, and keep their hands on the wheel. “Do not become complacent,” Tesla warned the drivers in a message displayed when they installed the software, which CNN viewed in multiple videos posted by people testing the software. “It may do the wrong thing at the worst time….”

The cars…have shown a pattern of coming to a full stop when entering a roundabout, even when no car is blocking their path. Videos show that full self-driving often slows for speed humps, but won’t necessarily slow down for speed bumps. In at least one case, the Tesla “full self-driving” software appeared to confuse a one-way street for a two-way street, according to the video.

Paquette estimated in her Talking Tesla interview that her Tesla might be as good a driver as her, if she’d had “maybe three bourbons.” 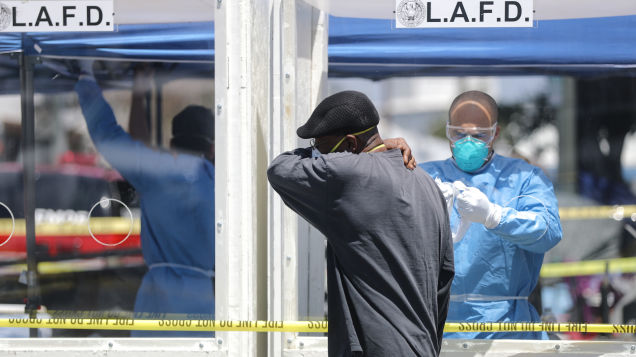 It feels like whenever I cough these days it triggers a mini-panic attack that I promptly try to quash with a steady stream of chamomile tea. Thankfully, researchers at the Massachusetts Institute of Technology have figured out a way to gauge whether a person has covid-19 just from the sound of their cough, so I may…

Source: Gizmodo – This AI Can Tell if You Have Covid-19 Just by Listening to Your Cough 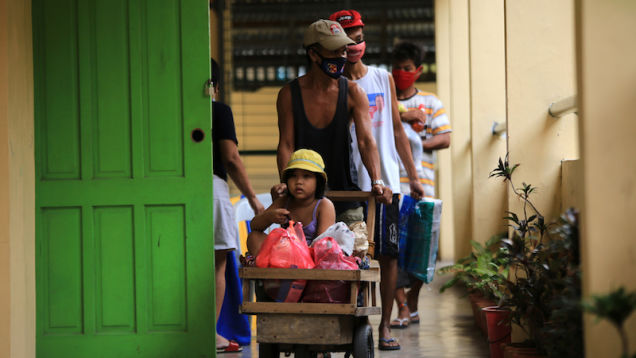 Days after being hit by Typhoon Molave, the Philippines braced itself as another storm, Super Typhoon Goni, made landfall on Saturday. Goni is a Category Five storm and is the strongest to make landfall this year so far.

Forbes reports that TikTok “cannot be shut down in the United States next month, a U.S. District Court judge ruled Friday afternoon, the latest setback in President Donald Trump’s push to force the Chinese-owned app to be transferred to American ownership.”

In an August executive order that labeled TikTok a national security threat, Trump required Beijing-based tech company ByteDance to sell its popular short-form video app to an American firm by Nov. 12, or else the federal government would enforce restrictions on data transfers that effectively make the app unusable. Pennsylvania Judge Wendy Beetlestone blocked that order Friday, issuing a preliminary injunction while the court considers a lawsuit brought by several TikTok content creators.

Beetlestone said Trump probably doesn’t have the power to block TikTok: he tried to force a sale using a 43-year-old law that gives him broad power over international transactions that pose threats to national security, but that law exempts “informational materials” like artwork and news, a category Beetlestone said includes TikTok videos…

The U.S. Department of Commerce plans to comply with Beetlestone’s injunction, but it will “vigorously defend” Trump’s executive order from this legal challenge, a spokesperson told Forbes.

“It’s hard for those of us who live outside of China to grasp how paying for everything has gone digital in the country,” writes the New York Times, introducing a Q&A with technology reporter Ray Zhong (who used to live in Beijing):

Most businesses there, from the fanciest hotels to roadside fruit stands, display a QR code — a type of bar code — that people scan with a smartphone camera to pay with China’s dominant digital payment apps, Alipay and WeChat. Paying by app is so much the norm that taxi drivers might curse at you for handing them cash…

Ray: Credit cards were never prevalent in China. The country skipped over a generation of finance and went straight to smartphone-based digital payments.
And the apps are simple for businesses. If a business can get a printout of a QR code, it can get paid by app. They don’t need special machines like businesses do to accept credit cards or many mobile payments like Apple Pay, which are essentially digital wallets of bank cards, while Alipay and WeChat are more pure digital payments… China has a stodgy, state-dominated banking system. These apps have allowed small businesses to connect to modern financial infrastructure easily.
I know paying with a credit card isn’t tremendously difficult, but making it a fraction easier to buy stuff has enabled different kinds of commerce. You probably wouldn’t buy something on Instagram for 50 cents with your credit card, but people in China buy digital books one chapter at a time.

What are the downsides?

Ray: Imagine if powerful tech companies like Google knew everything you’ve purchased in your entire life. That’s one. There are also concerns that Alipay and WeChat are so dominant that no one can compete with them.

Yet towards the end of the interview, the reporter concedes that Alipay and WeChat were “developed for China’s specific needs. I’m not convinced similar QR-code-based digital payment systems will catch on elsewhere. Maybe in India.”

Source: Slashdot – ‘Don’t Even Try Paying With Cash in China’

In this tutorial, we are going to set up a Kubernetes cluster with two Ubuntu 20.04 servers. The prerequisites for this tutorial require 2 Ubuntu Linux systems with IP addresses assigned.

Source: LXer – How to set up a Kubernetes cluster in Ubuntu 20.04

It’s easy to be worried when you cough these days — is it COVID-19, or are you just clearing your throat? You might get a clearer answer soon. MIT researchers have developed AI that can recognize forced coughing from people who have COVID-19, even if…

Source: Engadget – AI can detect COVID-19 by listening to your coughs

This week Moderna “said it is on track to report early data from a late-stage trial of its experimental COVID-19 vaccine next month, reports Reuters, “offering the clearest timeline yet for when the world will know whether it is effective.”

The company, one of the front-runners in the global race to produce vaccines to protect against COVID-19, said an independent data monitoring committee is expected to conduct an interim review of its ongoing 30,000-person trial in November… The company said it is preparing to distribute the vaccine, known as mRNA-1273, and expects to be able to produce 20 million doses by the end of the year, and between 500 million and 1 billion in 2021. Moderna said infection rates in the trial were on track with expectations…
Moderna said it expects two-month follow-up safety data, as required by the U.S. Food and Drug Administration, in the second half of November, after which it will file for an emergency use authorization. 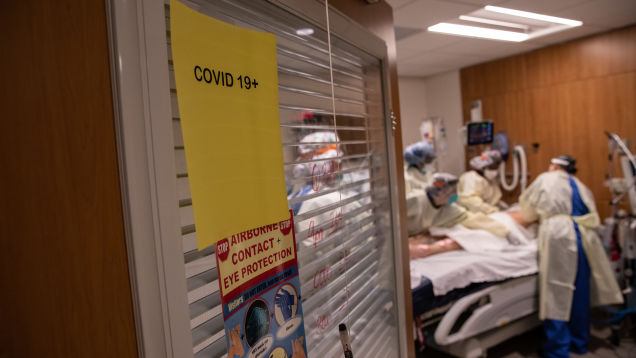 When the federal government put the Department of Health and Human Services in charge of hospital data aggregation instead of its subsidiary, the Centers for Disease Control and Prevention, critics feared that the Trump administration might be trying to stifle news to keep the public in the dark about how bad the… 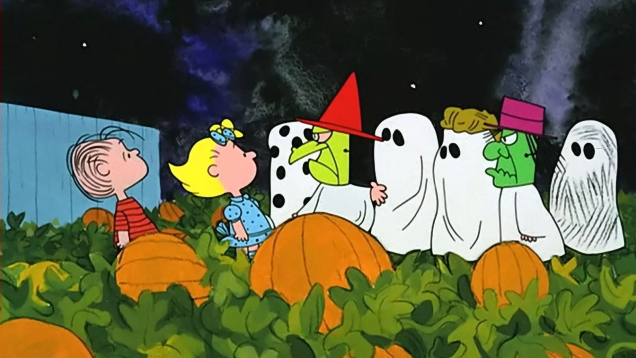 Like everything else this year, Halloween is weird. But that doesn’t mean we can’t dress up!

Tesla’s Full Self-Driving beta is already making some significant (and arguably needed) strides forward. Electrek says the automaker has rolled out an update that, according to Elon Musk, should reduce the need for human intervention by about a third…

“Development of Pyston, a variant of the Python runtime that uses just-in-time compilation to speed up the execution of Python programs, is back on again,” reports InfoWorld — after a hiatus that began in 2017:

Picking up where Dropbox left off, a new development team has released Pyston 2.0. Pyston provides what is ultimately intended to be a drop-in replacement for the standard Python runtime, CPython. It’s compatible with Python 3.8, so programs that runs with that version of Python should run as-is on Pyston…

One of the goals of the project was to remain as close as possible to the original implementation of CPython, since many third-party projects make assumptions about CPython behavior. Thus Pyston 2.0 began with the existing CPython codebase and added features from Pyston 1.0 that worked well, such as caching attributes and JITting. Pyston’s JIT no longer uses LLVM, but DynASM to emit assembly directly…

[U]nlike the original Pyston incarnation, the new version is closed-source for the time being, as its new stewards determine their business model.

The Wine program for running Windows games/applications on Linux and other platforms can run on a number of different architectures, but Wine doesn’t handle the emulation of running Windows x86/x64 binaries on other architectures like 64-bit ARM or PowerPC. But that’s what the Wine-based Hangover is about with currently allowing those conventional Windows binaries to run on AArch64 (ARM64) and 64-bit POWER too… 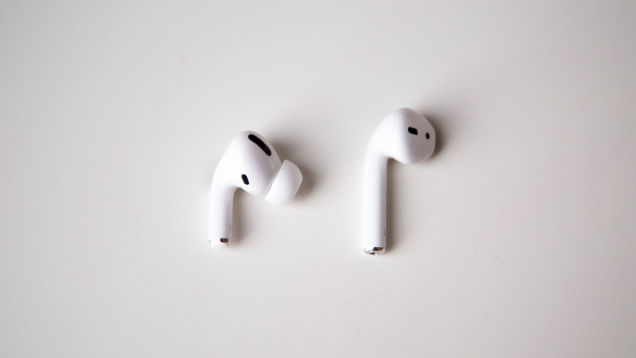 If you’ve been hearing static or crackling sounds on your AirPods Pro, rest assured: You are sane. The sound issues are actually an Apple problem, and the company wants to fix them for you for free.

If you’re running Joe Biden’s presidential campaign and want to make a last-minute push for the youth vote, what do you do? Set up a Fortnite island, apparently. Mashable reports (via Kotaku) that the Biden-Harris campaign has introduced a “Build Bac…

I was just 16 when I made my first meaningful open source contribution. It was the first code contribution I ever made, and I learned a lot from it. I’m 20 now, and I’ve been strongly attached to free and open source software (FOSS) ever since. I strive to be a friend to my community colleagues and to help others continue growing, learning, and succeeding.read more

Source: LXer – My journey to becoming an open source mentor

The biggest feature of this laptop is the CPU, featuring Longsoon’s latest 14nm quad-core 3A4000 CPU. Longsoon claims the CPU is 100% faster than the previous generation 3A3000 and is comparable in performance to AMD’s “Excavator” cores used in the A8-7680 Godavari architecture.

Of course, this demonstrates how far behind Longsoon is from TSMC and Intel in performance, speed, and efficiency of its latest node. However, the chairman of Loongsoon Technologies, Hu Weiwu, says, “14nm and 28nm (for its GPU node) is enough for 90% of applications.,” so it appears the company isn’t too worried about catching up to the performance leaders like Intel and AMD.

Due to this laptop being in the Chinese market, Windows is not supported at all. It only runs Chinese “domestic operating systems” that are typically modified versions of Linux. Fortunately, this does mean you can install any Linux flavor you want on the laptop, which can be handy if you don’t want to run China-specific apps only.