Vim has its own terminology for copying, cutting, and pasting. Copy is called yank (y), cut is called delete (d), and paste is called put (p).

Source: LXer – How to Copy, Cut and Paste in Vim

This guy was my business partner before we had to deal with cancer. He has been live in person events for a year now in Cali. He is taking it online now and setting up competitions.

That sentence carries a lot of weight in the video game universe, where solid personal branding and marketing across decades of Metal Gear titles means Kojima ranks as one of the rare game auteurs players actually know by name. And as much as Kojima used the Metal Gear games to defy both narrative and gameplay conventions, the series still represented a stealth-action box that Kojima found himself straining against over and over again.

Death Stranding once again stands as a bold subversion of expectations from a creator known best for leaning into action heroics. For the vast majority of the game, your protagonist is not a Solid Snake-style hard-bitten action hero. He’s just a guy carrying a comically overloaded backpack across a lot of empty space, focused on a simple but necessary job, for better or worse. 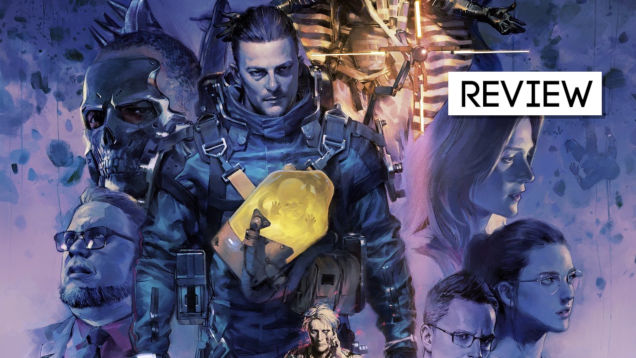 There is no elevator pitch for Death Stranding.

A group of astronomers have found direct evidence for the first time of the role of galactic winds — ejections of gas from galaxies — in creating the circumgalactic medium (CGM). “It exists in the regions around galaxies, and it plays an active role in their cosmic evolution,” reports Phys.Org. “The unique composition of Makani — meaning wind in Hawaiian — uniquely lent itself to the breakthrough findings.” From the report: “Makani is not a typical galaxy,” noted [UC San Diego’s Alison Coil], a physics professor at UC San Diego. “It’s what’s known as a late-stage major merger — two recently combined similarly massive galaxies, which came together because of the gravitational pull each felt from the other as they drew nearer. Galaxy mergers often lead to starburst events, when a substantial amount of gas present in the merging galaxies is compressed, resulting in a burst of new star births. Those new stars, in the case of Makani, likely caused the huge outflows — either in stellar winds or at the end of their lives when they exploded as supernovae.” Coil explained that most of the gas in the universe inexplicably appears in the regions surrounding galaxies — not in the galaxies. Typically, when astronomers observe a galaxy, they are not witnessing it undergoing dramatic events — big mergers, the rearrangement of stars, the creation of multiple stars or driving huge, fast winds.

Coil and [Rhodes College’s David Rupke], the paper’s first author, used data collected from the W. M. Keck Observatory’s new Keck Cosmic Web Imager (KCWI) instrument, combined with images from the Hubble Space Telescope and the Atacama Large Millimeter Array (ALMA), to draw their conclusions. The KCWI data provided what the researchers call the “stunning detection” of the ionized oxygen gas to extremely large scales, well beyond the stars in the galaxy. It allowed them to distinguish a fast gaseous outflow launched from the galaxy a few million year ago, from a gas outflow launched hundreds of millions of years earlier that has since slowed significantly. From the Hubble, the researchers procured images of Makani’s stars, showing it to be a massive, compact galaxy that resulted from a merger of two once separate galaxies. From ALMA, they could see that the outflow contains molecules as well as atoms. The data sets indicated that with a mixed population of old, middle-age and young stars, the galaxy might also contain a dust-obscured accreting supermassive black hole. This suggests to the scientists that Makani’s properties and timescales are consistent with theoretical models of galactic winds. The findings have been published in the journal Nature.

been holding out building my next highend pc needed for all sorts of things , gaming of course, but also rendering and VM usage stuff. Was gonna bite the bullet when 3900x came out, then decided…

Now that it’s November, we’ve reached the release date of Apple’s streaming video service, Apple TV+. MacRumors points out an Instagram story post for one of its shows, The Morning Show, with an embedded countdown set for 1PM ET/10 AM PT. That’s Appl…

Facebook wants to brings down cybersquatting domains that may be used to scam and phish people. The social network has filed a lawsuit against domain name registrar OnlineNIC and its privacy/proxy service ID Shield for registering addresses that were…

NumFOCUS is a nonprofit charity that supports amazing open source toolkits for scientific computing and data science. As part of the effort to connect Opensource.com readers with the NumFOCUS community, we are republishing some of the most popular articles from our blog. To learn more about our mission and programs, please visit numfocus.org.read more

Source: LXer – 4 Python tools for getting started with astronomy

Tried 1.5x DSR in 4:2:0 day before yesterday, kept getting 30hz not 60hz
nvidia’s so call army of software engineers needs some rehiring

Need to sell ASAP due to unexpected medical expenses.

Need to sell ASAP due to unexpected medical expenses.

I’m sure we all know this because of the organic decay and temporary image retention, but I wanted to point out two other things that I’d never heard of but am experiencing now.

Even OLED is a flawed technology

Source: [H]ardOCP – Even OLED is a flawed technology 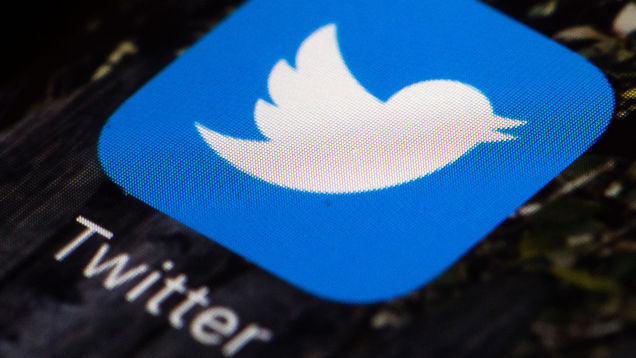 Twitter has thrown a lot at its rampant harassment problem over the years, from slapping on more abuse filters to purchasing an entire company to help them wrangle its online hellscape. But apparently abiding by that old adage “see something, say something” is one step too far for good ol’ Jack.

iOS 13.2 can be pretty aggravating to use when you have to multitask across several apps, according to various user anecdotes. Even worse, that seems to be the case even if you have an iPhone 11 Pro or an iPad Pro. MacRumors has collected a bunch of…

Awk is one of the oldest tools in the Unix and Linux user[he]#039[/he]s toolbox. Created in the 1970s by Alfred Aho, Peter Weinberger, and Brian Kernighan (the A, W, and K of the tool[he]#039[/he]s name), awk was created for complex processing of text streams. It is a companion tool to sed, the stream editor, which is designed for line-by-line processing of text files. Awk allows more complex structured programs and is a complete programming language. This article will explain how to use awk for more structured and complex tasks, including a simple mail merge application.

An anonymous reader quotes a report from NPR: The brain waves generated during deep sleep appear to trigger a cleaning system in the brain that protects it against Alzheimer’s and other neurodegenerative diseases. Electrical signals known as slow waves appear just before a pulse of fluid washes through the brain, presumably removing toxins associated with Alzheimer’s, researchers reported Thursday in the journal Science. The finding could help explain a puzzling link between sleep and Alzheimer’s, says Laura Lewis, an author of the study and an assistant professor in the department of biomedical engineering at Boston University. The finding also suggests that people might be able to reduce their risk of Alzheimer’s by ensuring that they get high-quality sleep, says William Jagust, a professor of public health and neuroscience at the University of California, Berkeley, who was not involved in the study.

I set custom fan curve on my h115i but 2 fans keep spinning at the lowest one. When I set to performance, it just slowly ramp up to near max speed. I thought it ramps up instantly when the cpu hit…

Anyone know how to use corsair link to control fan speed?

Source: [H]ardOCP – Anyone know how to use corsair link to control fan speed?