“Are you noticing your battery life is draining faster than normal?” tweeted Verizon Wireless customer support on Sunday, the Verge reports:

Despite its relentless promotion of 5G phones and the fact that it spent more than $45 billion bidding on a new faster spectrum, Verizon support now is advising people on Twitter to turn off their phones’ 5G access to preserve battery life.

In a Sunday morning tweet, Verizon support helpfully suggested that “one way to help conserve battery life is to turn on LTE” if users found their batteries were “draining faster than normal.” That step would, of course, turn off 5G in a phone that has it available. It’s also worth pointing out that you don’t actually “turn on LTE” when doing this step — LTE is always enabled as a fallback for the 5G network. But Verizon is obviously being cautious so as not to actually tell its customers to “turn off 5G”.

Verizon’s tweet is now “unavailable,” having apparently been since deleted.

The Verge also points out that Verizon’s nationwide 5G network “uses a technology called DSS, which in many instances is actually slower than the LTE network it’s trying to replace.” 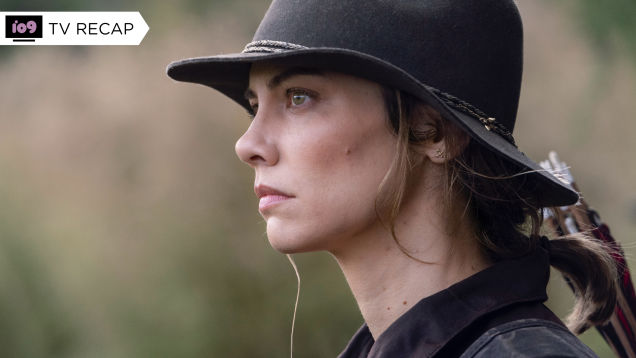 In 2020, The Walking Dead had two pandemics to deal with. The first, of course, was the zombie virus, which has proven to be such a pesky problem for the survivors—and ex-survivors—of the show over the past decade. Then there was covid-19, which the show’s cast and crew have been trying to navigate since last spring…

Source: io9 – The Walking Dead Returns and It’s an Awkward Reunion for Everybody

“‘Terminator’ is one of the most iconic sci-fi stories ever created — and has only grown more relevant to our world over time,” said John Derderian, Netflix’s vice president of Japan and anime. “The new animated series will explore this universe in a way that has never been done before. We can’t wait for fans to experience this amazing new chapter in the epic battle between machines and humans.”

Mattson Tomlin will serve as showrunner and executive producer on the series. Tomlin most recently wrote the Netflix original film “Project Power” and worked on the screenplay for Matt Reeves’ upcoming film “The Batman….”

“Anyone who knows my writing knows I believe in taking big swings and going for the heart,” Tomlin said. “I’m honored that Netflix and Skydance have given me the opportunity to approach ‘Terminator’ in a way that breaks conventions, subverts expectations and has real guts.”

Source: Slashdot – A ‘Terminator’ Anime Series is Coming to Netflix

Linus Torvalds has released 5.12-rc1
(codename now “Frozen wasteland”) and
closed the merge window despite getting a late start due to bad weather:

As you can tell, I didn’t do that. To a large part because people
were actually very good about sending in their pull requests, so by
the time I finally got power back, everything was nicely lined up
and I got things merged up ok.

But partly this is also because 5.12 is a smaller release than some
previous ones.

Source: LXer – How to run the Raspberry Pi Os in a virtual machine with Qemu and Kvm 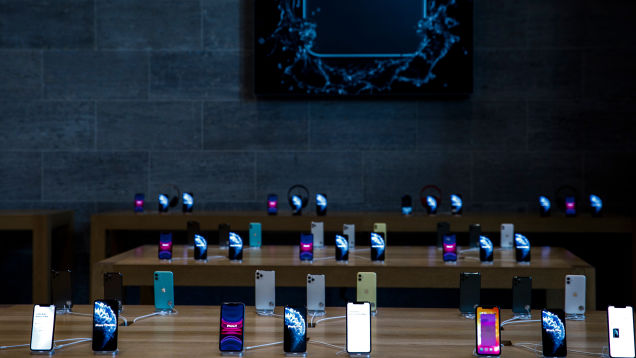 If you’re the type of person that still needs more storage, Apple might have answered your prayers.

Source: Gizmodo – Rumor Has It an iPhone 13 With 1 TB Storage Is Coming

The New York Times reports on what the city’s police department calls Digidog, “a 70-pound robotic dog with a loping gait, cameras and lights affixed to its frame, and a two-way communication system that allows the officer maneuvering it remotely to see and hear what is happening.”
Police said the robot can see in the dark and assess how safe it is for officers to enter an apartment or building where there may be a threat. “The NYPD has been using robots since the 1970s to save lives in hostage situations & hazmat incidents,” the department said on Twitter. “This model of robot is being tested to evaluate its capabilities against other models in use by our emergency service unit and bomb squad.”

But the robot has skeptics. Rep. Alexandria Ocasio-Cortez, a Democrat, described Digidog on Twitter as a “robotic surveillance ground” drone…. Jay Stanley, a senior policy analyst with the American Civil Liberties Union, said empowering a robot to do police work could have implications for bias, mobile surveillance, hacking and privacy. There is also concern that the robot could be paired with other technology and be weaponized. “We do see a lot of police departments adopting powerful new surveillance and other technology without telling, let alone asking, the communities they serve,” he said. “So openness and transparency is key….”

A mobile device that can gather intelligence about a volatile situation remotely has “tremendous potential” to limit injuries and fatalities, said Keith Taylor, a former SWAT team sergeant at the police department who teaches at John Jay College of Criminal Justice. “It’s important to question police authority; however, this appears to be pretty straightforward,” he said. “It is designed to help law enforcement get the information they need without having a deadly firefight, for instance.”

The Times reports that Boston Dynamics has been selling the dog since June. It’s also already being used by the Massachusetts State Police and the Honolulu Police Department, “while other police departments have called the company to learn more about the robot, which has a starting price of about $74,000 and may cost more with extra features,” according to Michael Perry, vice president of business development at the company.

The Times points out that the robot dog is also being purchased by utility and energy companies as well as manufacturers and construction companies, which use it to get into dangerous spaces. “The robot has been used to inspect sites with hazardous material. Early in the pandemic, it was used by health care workers to communicate with potentially sick patients at hospital triage sites, Perry said.” 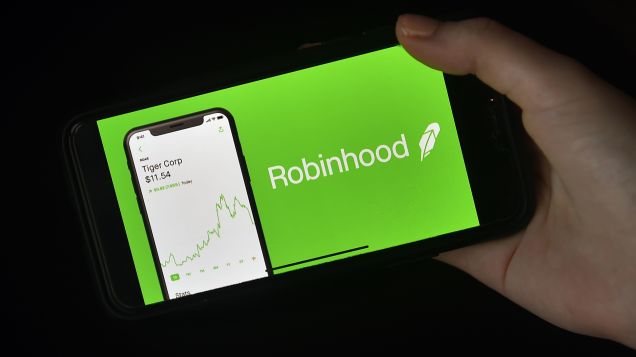 U.S. regulators are investigating Robinhood after it temporarily blocked users from purchasing so-called meme stocks on its stock trading app amid the Reddit-fueled short squeeze earlier this year. 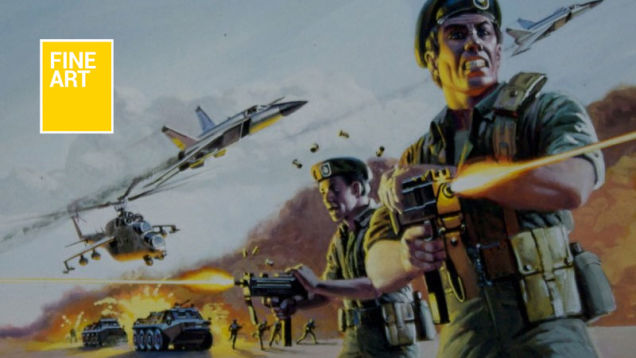 Gary Meyer, an artist who has worked on everything from Star Wars to theme park rides to video games to album covers, has died at the age of 86.

Bill Gates “prefers the more open nature of the Android ecosystem, as it’s more ‘flexible’ about how software interfaces with the OS,” reports PC Magazine, citing remarks Gates made on Clubhouse to CNBC’s Andrew Ross Sorkin:

“I actually use an Android phone,” Gates told Sorkin. “Because I want to keep track of everything, I’ll often play around with iPhones, but the one I carry around happens to be Android. Some of the Android manufacturers pre-install Microsoft software in a way that makes it easy for me. They’re more flexible about how the software connects up with the operating system. So that’s what I ended up getting used to. You know, a lot of my friends have iPhone so there’s no purity.”

In 2019, Gates admitted the way he handled Microsoft’s own mobile phone division was his “greatest mistake.” Microsoft ended up letting Google transform Android into the only true rival for iPhone. Microsoft missed out on a $400 billion market at the time, something Gates deeply regrets. In 2017, however, he went ahead and adopted an Android phone.

During the interview, Davidson indicated that an Android version of Clubhouse could be on its way. He called it a “top feature,” which could mean the iPhone Clubhouse could soon dissipate. 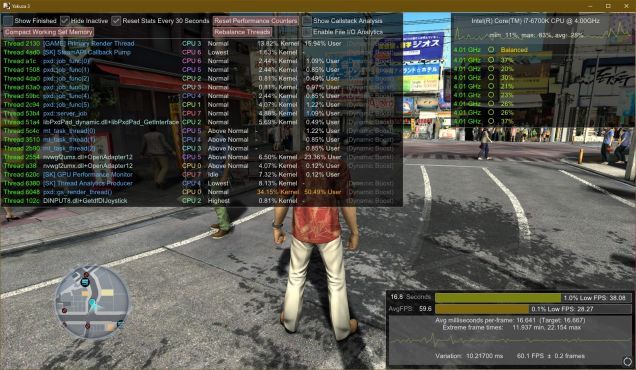 Like I’ve said, it’s a little rough going back and playing older Yakuza games in 2021, and not just because of the stiffer animation and lack of first-person perspective. The PC versions of Yakuzas 3, 4 & 5 also have (or had) a few technical hiccups as well. 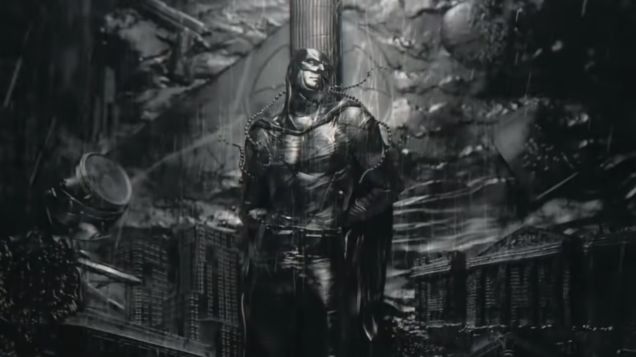 If there’s anything Zack Snyder is known for it’s breezy and lighthearted takes on classic tales, and this new original clip from Justice League is no exception. 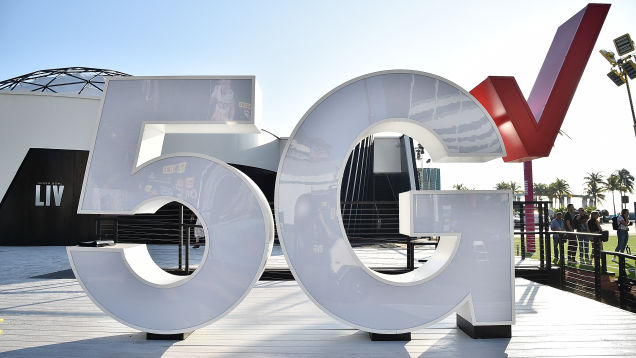 In an effort to be helpful, Verizon accidentally stuck its foot in its mouth on Sunday, and then furiously backtracked.

On Friday credit-card payment systems went down for major businesses scattered across the U.S. Business Insider reports:
Fiserv, one of the leading payments providers in the US, told Insider, “A widespread internet service provider outage has impacted multiple businesses today.” Ann Cave, a company spokesperson, added in an email: “Some Fiserv services that rely on internet connectivity were interrupted. The majority have been restored and we are fully focused on restoring the remainder….”

Customers on Twitter reported outages at Ikea, Forever 21, McDonald’s, and Popeyes, as well as at local places like a car wash and the New Jersey Motor Vehicle Commission. Representatives from the businesses weren’t immediately available for comment on Friday.

A Chick-fil-A representative confirmed to the site that their systems were unable to process payments for about one hour. “But for some customers, there was a silver lining. Many Chick-fil-A restaurants started handing out free meals during the outage.” Miami International Airport also announced warned customers on Twitter about a county-wide outage with credit-card machines “in all taxis.” 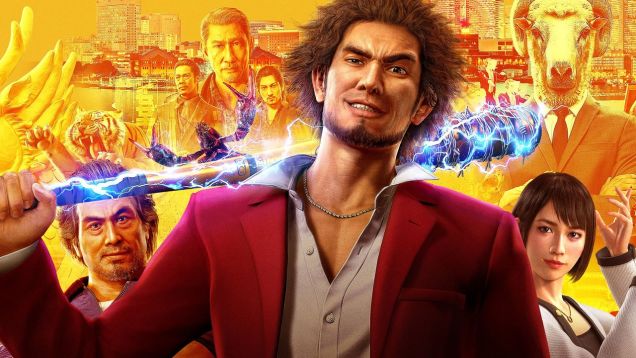 If you like the Yakuza series but also only own a PS5, then you seem like a strange person. Also, some good news: Yakuza: Like A Dragon releases on PS5 later this week.

Source: Kotaku – The Week In Games: Yakuza: Like A Dragon Comes To PS5

Lordstown Motors wants to prove its Endurance electric truck is ready for the wilderness through a familiar strategy: it’s entering a prominent race. Autoblog reports that Lordstown has unveiled a race-ready version of its Endurance Beta truck th… 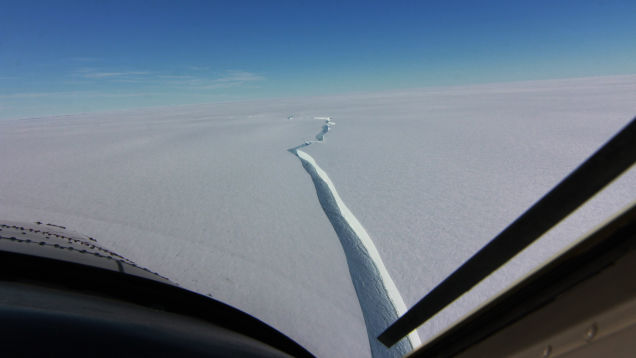 An iceberg more than 20 times the size of Manhattan split off from the Brunt Ice Shelf in Antarctica this week because our planet is totally having a normal one.

Bots on major social media platforms have been hyping up GameStop Corp and other “meme” stocks, according to an analysis by Massachusetts-based cyber security company PiiQ Media, suggesting organized economic or foreign actors may have played a role in the Reddit-driven trading frenzy… it is unclear how influential they were in the overall saga…

PiiQ said it identified very similar daily “start and stop patterns” in the GameStop-related posts, with activity starting at the beginning of the trading day, followed by a large spike at the end of the trading day. Such patterns are indicative of bots, said Aaron Barr, co-founder and chief technology officer of PiiQ. “We saw clear patterns of artificial behavior across the other four social media platforms. When you think of organic content, it’s variable in the day, variable day-to-day. It doesn’t have the exact same pattern every day for a month,” he said… The company did not analyze Reddit data, but Barr said he would expect to see a similar pattern of activity on Reddit, indicating bot-like or coordinated management of conversations…

Based on its authenticity scoring system, PiiQ estimates there are tens of thousands of bot accounts hyping GameStop, the meme stocks, and Dogecoin, a cryptocurrency swept up in the frenzy. Thousands of fake accounts can be purchased for as little as $200, it said.

Reuters also reports that Friday America’s Securities and Exchange Commission “suspended trading in 15 companies due to unusual trading activity and apparent attempts on social media to artificially inflate their stock prices. That is in addition to six stocks it recently suspended due to suspicious social media activity.”