Google is testing a service called Play Pass that would offer users “hundreds of premium apps and games” for a monthly fee, according to Android Police. The idea of the offering cropped up last year on XDA Developers after users spotted code referenc…

According to The Planetary Society, LightSail 2 has successfully raised its orbit using solar sailing, making it the first small spacecraft to demonstrate the concept. From the report: Since unfurling the spacecraft’s silver solar sail last week, mission managers have been optimizing the way the spacecraft orients itself during solar sailing. After a few tweaks, LightSail 2 began raising its orbit around the Earth. In the past 4 days, the spacecraft has raised its orbital high point, or apogee, by about 2 kilometers. The perigee, or low point of its orbit, has dropped by a similar amount, which is consistent with pre-flight expectations for the effects of atmospheric drag on the spacecraft. The mission team has confirmed the apogee increase can only be attributed to solar sailing, meaning LightSail 2 has successfully completed its primary goal of demonstrating flight by light for CubeSats.

Hyperledger Explorer is a powerful utility that allows users to create user-friendly web-based applications. It is a blockchain dashboard and provides the ability to view, invoke, deploy, and query raw blockchain data and network information, including block details, chain codes, and transactions stored in the ledger.

Lyft has made its Bay Wheels e-bikes in San Francisco unavailable to customers after a couple of them caught fire. According to San Francisco Examiner, a witness who saw the first incident on Wednesday said the flames came from the bike’s battery. A…

In the last 3 years I was searching for an easy to use app or a useful tool to display and control my Android smartphone. Unfortunately, I spent a lot of time searching unsuccessfully – I think the problem was with my research method – until I found last week what I was looking for that made me forget my past suffering.If you are interesting in displaying and controlling your Android device on Linux , you are on the right place as I will share with you in this tutorial my humble experience with the discovered application.

Source: LXer – How to display & control your Android devices on Linux (Solus/Ubuntu/Manjaro…) Part 1 ? 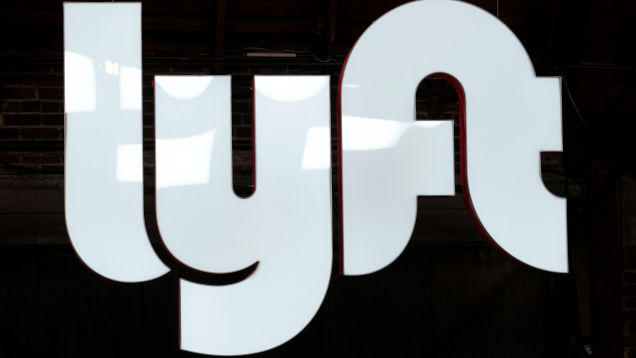 Lyft has yanked over a thousand electric bikes from rental availability in San Francisco after at least two e-bikes experienced battery fires in the past few days, according to the San Francisco Examiner.

Sometimes the system becomes corrupted after installing an application or driver. Whatever the cause, you will definitely want to get back to the state where your system worked perfectly. Restoring the system to its previous state can help you restore the system to a normal state. In this article we will see how to restore Ubuntu OS to its previous state using the System Back Utility. We will see both GUI and CLI versions.

Source: LXer – How to restore your Ubuntu Linux system to its previous state

The newest initiative within the Fedora camp is a “Minimization Team” seeking to reduce the size of packaged applications, run-times, and other software available on Fedora Linux…

If you’ve already mastered Crash Team Racing Nitro-Fueled, the game has another challenge for you. When Activision and Beenox revealed their revival of the Naughty Dog classic last month, they kicked off the Nitro Grand Prix. With that first race com… 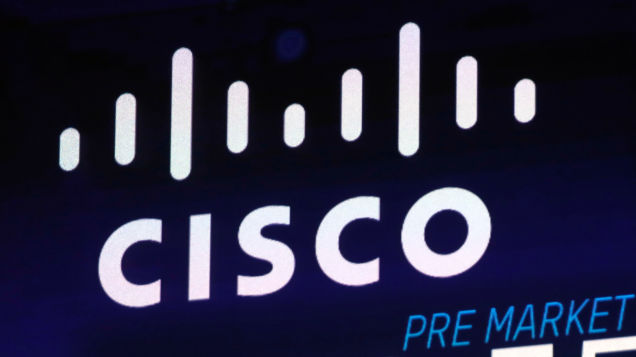 Cisco Systems has agreed to an $8.6 million settlement with the federal government stemming from allegations it “improperly sold video surveillance software with known vulnerabilities to U.S. federal and state governments,” Reuters reported on Wednesday.

Source: Gizmodo – Cisco to Pay .6 Million in Settlement Over Vulnerabilities in Video Surveillance Software It Sold to Feds, States

An anonymous reader shares a report from The Guardian about the questionable decision in the 1950s to get rid of Sydney’s trams in favor of private cars. From the report: In the late 1950s Sydney ripped up its tram network, once one of the largest in the world. Nearly 1,000 trams — some only a few years old — were rolled to the workshops in the city’s eastern suburbs and stripped of anything that could be sold, before being unceremoniously tipped on their sides, doused with sump oil and set ablaze. Barely a decade before its closure, Sydney’s tram system had carried 400 million passenger journeys a year on a network of more than 250km, primarily serving the eastern, southern and inner-west suburbs, and stretching as far north as Narrabeen at its peak. But the explosion of car traffic in the postwar years persuaded the New South Wales government that urban freeways were the way of the future (the first in Australia, the Cahill Expressway, opened in 1958), and trams were an impediment to that vision.

The destruction of the network from the mid-50s was swift and brutal. In 1958 the bizarre castellated Fort Macquarie depot at Circular Quay was demolished to make way for the Opera House, and the lines along George Street were torn up. The last Sydney tram ran on 25 February 1961 from Hunter Street to La Perouse (along much of the same route now being rebuilt), packed to the rafters and greeted by crowds of people, before it joined the dismal procession to “burning hill” at Randwick. Mathew Hounsell, a senior research consultant at the Institute for Sustainable Futures at the University of Technology, Sydney, has called the destruction of the network “the largest organized vandalism in our nation’s history.” He says the decisions made in the 50s had a disastrous long-term effect. “When the trams were removed from Sydney, mass transport patronage plummeted and private car usage soared. Our space-saving trams were replaced with ever-more space-hungry cars, causing ever-worsening traffic. That wasn’t how the planners saw it at the time. They were strongly swayed by powerful international influences, which chimed with the unstoppable rise of private car ownership in Australia. The trams are slowly returning, as the city painfully rebuilds a tiny part of its old system. “The construction of 12.8km of light rail from Circular Quay to Randwick and Kingsford will cost $2.7 billion at the latest estimate, has caused untold misery to shops and other businesses in its path and will be almost a year overdue by the time even the first section is open,” the report says.

“The new line hardly represents a fundamental shift in Sydney’s transport thinking, coming as it does alongside the vast ‘congestion-busting’ WestConnex freeway project, and further investment in metro rail (a separate light rail link is also under construction at Parramatta). But it is a reminder that the city might have looked very different today but for the decision taken in the 1950s — and ruthlessly carried out — to prioritize motor transport.”

Source: Slashdot – How Sydney Destroyed Its Trams For Love of the Car

The FAA’s free app that kept drone pilots aware of “no fly zones” performed a much-needed service — but had few fans. The federal agency teamed up with drone software maker Kittyhawk to create a new version of the B4UFLY app that is being released t…

SSH is an every-day tool of any Linux System Administration job. It is an easy and secure way to access remote machines on the network, transfer data and execute remote commands. Apart from interactive mode, there are many tools exist that enable automation of remote tasks that also rely on the existing ssh server/client architecture. For one such tool, you can read about ansible on Ubuntu for example. You can also find many implementations of the ssh client, but what about accessing the abilities ssh provides from code?

Source: LXer – Executing commands on a remote machine from Java with JSch 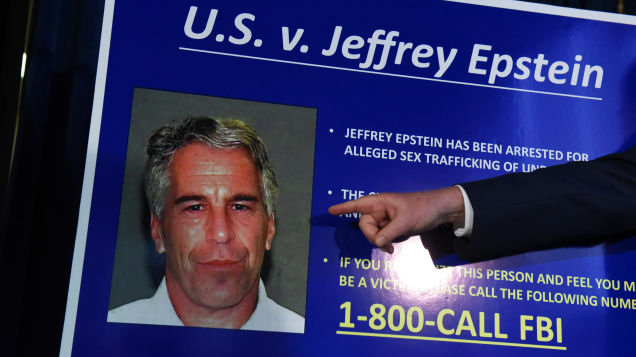 Jeffrey Epstein—the billionaire investor facing charges of sex trafficking dozens of underage girls and who hobnobbed with the rich and powerful including multiple presidents—sure had a lot of thoughts about science. Specifically, disturbing ones concerning the viability of a plan to “seed the human race with his DNA”…

Source: Gizmodo – Jeffrey Epstein Sure Had Some Extremely Disturbing Thoughts on Science

Most of us like the idea of throwing away fewer plastic products. We try to remember our canvas tote bags before we leave for the store, and we’re eying our plastic food-storage bags with a more critical glance. Rather than throwing away a Ziploc or other zip-top bag after we’ve used it once, could we wash and reuse…

Source: LifeHacker – Should you wash and reuse Ziploc bags?

Fake meat is coming to a barbecue near you. Impossible Foods has been granted approval by the FDA to sell its plant-based meat in US grocery stores this fall, reported Bloomberg. After expressing some initial doubts, the agency formally ruled that so…

Researchers from Tsinghua University in China and University of California, Berkeley, have developed a new kind of soft robot that looks like a bent strip of paper, but is able to move at 20 body lengths per second and survive being stomped on. The robot has been presented in the current issue of Science Robotics. IEEE Spectrum reports: This prototype robot measures just 3 centimeters by 1.5 cm. It takes a scanning electron microscope to actually see what the robot is made of — a thermoplastic layer is sandwiched by palladium-gold electrodes, bonded with adhesive silicone to a structural plastic at the bottom. When an AC voltage (as low as 8 volts but typically about 60 volts) is run through the electrodes, the thermoplastic extends and contracts, causing the robot’s back to flex and the little “foot” to shuffle. A complete step cycle takes just 50 milliseconds, yielding a 200 hertz gait. And technically, the robot “runs,” since it does have a brief aerial phase.

The researchers also put together a prototype with two legs instead of one, which was able to demonstrate a potentially faster galloping gait by spending more time in the air. They suggest that robots like these could be used for “environmental exploration, structural inspection, information reconnaissance, and disaster relief,” which are the sorts of things that you suggest that your robot could be used for when you really have no idea what it could be used for. But this work is certainly impressive, with speed and robustness that are largely unmatched by other soft robots. An untethered version seems possible due to the relatively low voltages required to drive the robot, and if they can put some peanut-sized sensors on there as well, practical applications might actually be forthcoming sometime soon.

Kick the tires with Ansible and start automating with these simple tasks.

Source: Linux Today – Ansible: IT automation for everybody

Want to use the GNOME or KDE Linux desktops on your virtual reality headset? A new open-source project aims to let you play games and use your Linux desktop with your VR head-mounted display.

Source: LXer – The VR Linux desktop is on its way

Cisco has agreed to pay $8.6 million to settle a claim that it sold video surveillance software it knew was vulnerable to hackers to hospitals, airports, schools, state governments and federal agencies. SFGate reports: The tech giant continued to sell the software and didn’t fix the massive security weakness for about four years after a whistleblower alerted the company about it in 2008, according to a settlement unsealed Wednesday with the Justice Department and 15 states as well as the District of Columbia. Hackers could use the flaw not just to spy on video footage but to turn surveillance cameras on and off, delete footage and even potentially compromise other connected physical security systems such as alarms or locks – all without being detected, according to Hamsa Mahendranathan, an attorney at Constantine Cannon, which represented whistleblower James Glenn. The settlement marks the first time a company has been forced to pay out under a federal whistleblower law for not having adequate cybersecurity protections.