A newly discovered and self-spreading Golang-based malware has been actively dropping XMRig cryptocurrency miners on Windows and Linux servers since early December. This multi-platform malware also has worm capabilities that allow it to spread to other systems by brute-forcing public-facing services (i.e., MySQL, Tomcat, Jenkins and WebLogic) with weak passwords as revealed by Intezer security researcher Avigayil Mechtinger.

Learn how to use Python to delete Linux files and Directories

The New York Stock Exchange said it will delist three Chinese companies to comply with a U.S. executive order that imposed restrictions on companies that were identified as affiliated with the Chinese military. From a report: China Mobile, China Telecom, China Unicom Hong Kong will be delisted between Jan. 7 and Jan. 11, according to a statement by the exchange. 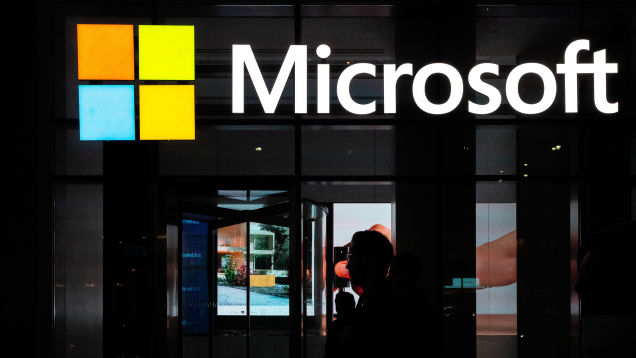 The hackers behind the massive SolarWinds cyberattack, an operation allegedly backed by Russia that compromised networks at many U.S. agencies and Fortune 500 corporations, also broke into Microsoft’s internal systems and accessed one of the company’s most closely guarded secrets: its source code.

Alphabet’s drone delivery unit Wing criticized Trump administration rules issued this week mandating broadcast-based remote identification of drones, saying they should be revised to allow for internet-based tracking. From a report: On Monday, the Federal Aviation Administration (FAA) issued rules that will allow small drones to fly over people and at night in the United States and mandate remote identification technology for nearly all drones. The rules eliminate requirements that drones, known formally as unmanned aerial vehicles, be connected to the internet to transmit location data but requires them to broadcast remote ID messages via radio frequency broadcast. “This approach creates barriers to compliance and will have unintended negative privacy impacts for businesses and consumers,” Wing said Thursday in a blog post, adding “an observer tracking a drone can infer sensitive information about specific users, including where they visit, spend time, and live and where customers receive packages from and when.” Wing added that “American communities would not accept this type of surveillance of their deliveries or taxi trips on the road. They should not accept it in the sky.”

After 219 Linux hardware reviews / benchmark featured articles and 3,206 original news articles on Phoronix for 2020, it’s finally time to put a wrap on this year… Happy New Year and 2021 couldn’t have come soon enough!..

Source: Phoronix – Happy New Year! A Look Back At The Most Popular Phoronix Content Of 2020 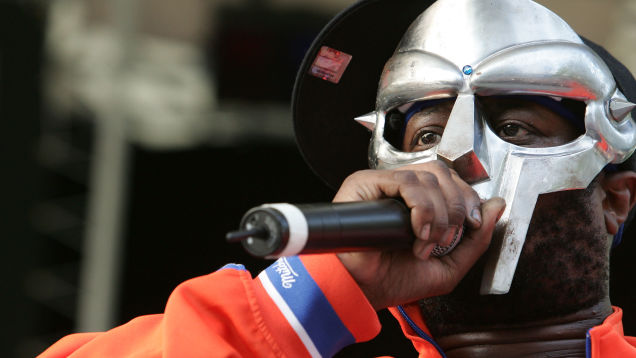 Daniel Dumile, the musician and producer best known as the masked MC MF DOOM, is dead. According to an Instagram post signed by his wife, Jasmine, Dumile died on October 31. The post reads:

There’s rarely time to write about every cool science-y story that comes our way. So this year, we’re once again running a special Twelve Days of Christmas series of posts, highlighting one science story that fell through the cracks in 2020, each day from December 25 through January 5. Today: how physicists used the growth patterns of the humble slime mold to model the dark matter that makes up the filaments of the cosmic web.

The backbone of our cosmos is a vast network of interconnected giant filaments, with huge voids in between. Most of the material that makes up this “cosmic web” is dark matter, along with diffuse and distant gas. Earlier this year, a team of scientists at the University of California, Santa Cruz (UCSC), devised a unique approach to modeling this cosmic web, based on the growth patterns of slime mold, and found some striking similarities. They described their approach in a March paper published in The Astrophysical Journal Letters.

“We don’t think the universe was created by a giant slime mold,” co-author Joseph Burchett told Ars, dashing our hopes of a novel new creation myth. “This really comes down to the similarities of the products of these two very disparate processes. At the end of the day, the similarities arise in the optimality of nature.”

VseeFace is an application that can be used for 3D character tracking in the .vrm format. Applications like this are really needed by YouTuber or what is often called Vtuber. Vtuber will usually use a 3D or maybe 2D character for streaming, or to discuss something.

Source: LXer – How To Run VSeeFace On Linux Using Lutris!

On this last day of 2020, the Rust project has announced the release of version 1.49.0 of the programming language. It establishes the arm64 Linux target as a Tier 1 platform, which is the highest level of support; “Tier 1 platforms can be thought of as ‘guaranteed to work’“. Also, arm64 macOS and Windows have risen to Tier 2 status, which means they are guaranteed to build and are likely to work just fine, but the automated tests are not run. Beyond that, the test framework now captures output from multiple threads and some library changes were made. See the detailed release notes for more information. “Rust 1.49.0 promotes the aarch64-unknown-linux-gnu target to Tier 1 support, bringing our highest guarantees to users of 64-bit ARM systems running Linux! We expect this change to benefit workloads spanning from embedded to desktops and servers.

This is an important milestone for the project, since it’s the first time a non-x86 target has reached Tier 1 support: we hope this will pave the way for more targets to reach our highest tier in the future.

Note that Android is not affected by this change as it uses a different Tier 2 target.“

If you want a first-party Fire TV experience, there are a lot of ways to go about getting one. But as far as dedicated TV sets that come with Fire OS preinstalled, Amazon has preferred to work with partners through its Fire TV Edition program rather…

Source: Engadget – Amazon’s first TV is only available in India 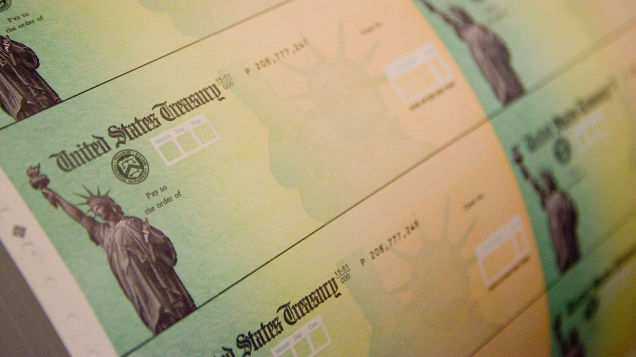 The second round of stimulus checks began rolling out through direct deposit this week, and the Internal Revenue Service says its Get My Payment tool for checking the status of your payment should become available “in a few days.”

Source: Gizmodo – You’ll Soon Be Able to Check the Status of Your 0 Stimulus Check 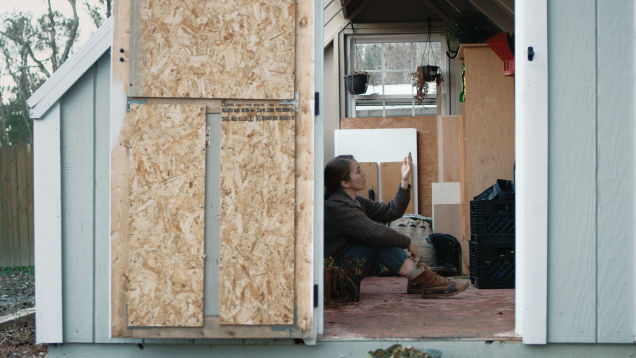 Bad presidents may leave (hopefully) and effective vaccines may arrive (eventually), but there’s not a ton of hope regarding the horrific effects of climate change. Shot in 2019 but filled with eerily prophetic themes, short film Inoculation updates the eco-horror genre with a realistic yet dread-filled story.

As the value of open source networking continues to grow, the Linux Foundation is moving forward with new efforts for 2021.

Based on Debian GNU/Linux 10.6 repositories, Deepin 20.1 is now shipping with Linux kernel 5.8 as an alternative kernel 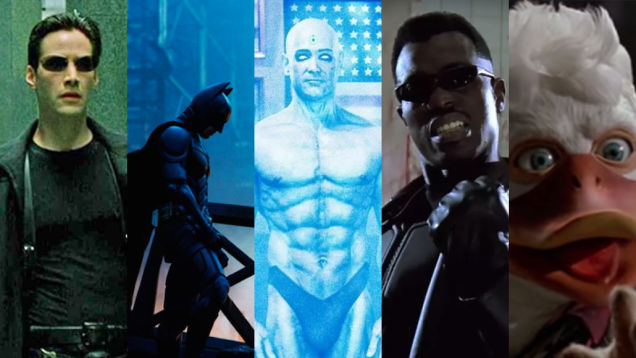 Source: LifeHacker – The Best Superhero Movies To Revisit, Since We Didn’t Get Many in 2020

Gazelle, one of the longest-running used smartphone buyers in the US, has announced the end of its core trade-in program, which let phone owners mail in phones and other electronics devices in exchange for cash. From a report: The news, revealed in an email Gazelle sent to some customers this week, means any prospective Gazelle customers will have to receive a quote and initiate the trade-in process by January 31st, 2021 (allowing 30 days to mail in the phone) if they want to take advantage of the program. The service will shut down officially on February 1st, while any active trade-ins will be honored, the company says.

Thanks to the ongoing upstream improvements being pursued by Lenovo as part of their effort to enhance their product support, the Linux power management tree has picked up the initial ACPI Platform Profile implementation for benefiting newer devices like Lenovo laptops… 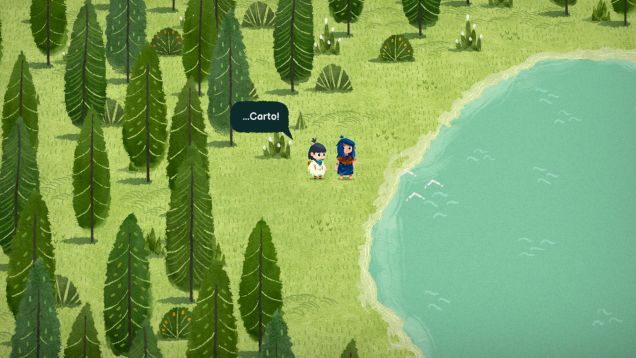 Ask people which superpower they’d want, and you’ll likely hear the same answers. Flight. Super-strength. Invisibility. You’re less likely to hear about the unusual ones—say, the ability to literally reshape the planet to fit your needs. Such an ability is the crux of Carto, a cozy adventure game that grants you…