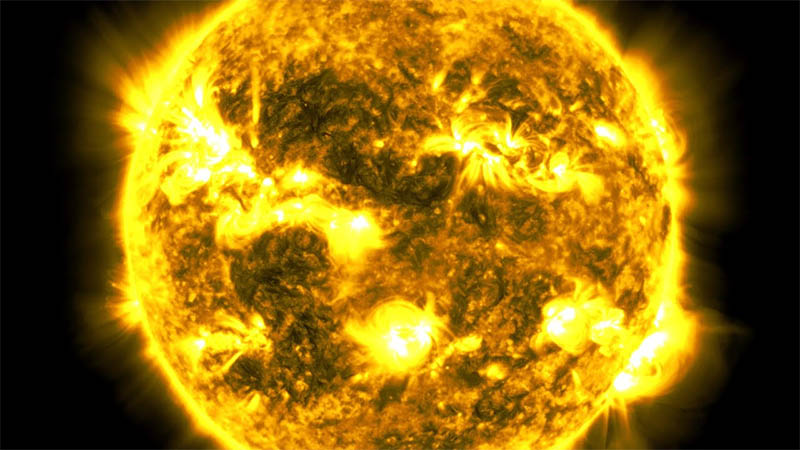 NASA’s Solar Dynamics Observatory put together this time-lapse of the Sun using 425 million high-resolution images (over 20 million gigabytes of data) which it gathered from over a decade of observation from its orbit in space.

With a triad of instruments, SDO captures an image of the Sun every 0.75 seconds. The Atmospheric Imaging Assembly (AIA) instrument alone captures images every 12 seconds at 10 different wavelengths of light. This 10-year time lapse showcases photos taken at a wavelength of 17.1 nanometers, which is an extreme ultraviolet wavelength that shows the Sun’s outermost atmospheric layer — the corona. Compiling one photo every hour, the movie condenses a decade of the Sun into 61 minutes. The video shows the rise and fall in activity that occurs as part of the Sun’s 11-year solar cycle and notable events, like transiting planets and eruptions. The custom music, titled “Solar Observer,” was composed by musician Lars Leonhard (https://www.lars-leonhard.de/).

Kudos to anybody who watches the entire video, because it’s over an hour long and it’s just the sun spinning and glowing and spinning and glowing. There are a few notable moments like large flares or sunspots, but the most interesting is probably at 12:24 when you see Venus transit across the Sun. It’s not exactly John Wick, but it’s still pretty neat.

Keep going for the full video.