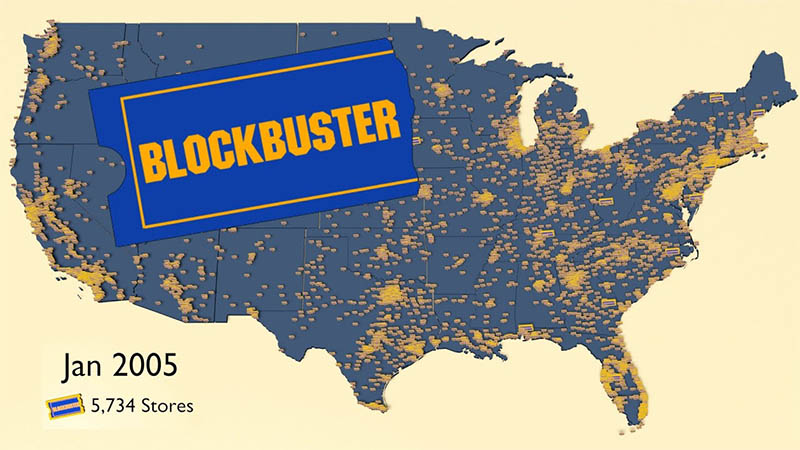 V1 Analytics put together this visualization of Blockbuster Video store locations in the United States between 1986 and 2019. At its peak there were 9000 Blockbuster stores globally, and now there’s only one left in Bend, Oregon. It’s kind of a strange thought, but there are people out there who have never even heard of Blockbuster Video. To them this might as well be a visualization of smallpox infections. Just some old-timey thing that came and went and now old people talk about to annoy them while they’re on TikTok.

Source: Geekologie – The rise and fall of Blockbuster Video stores from 1986 to 2019