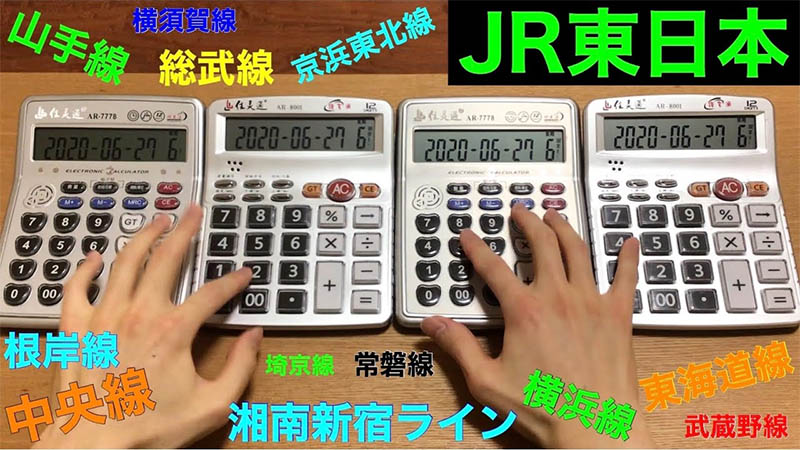 Calculator musician @atarimae_400 noticed that Japanese railway stations sound similar to certain calculator tones and started playing some of the melodies on his own calculators.

I received comments that the sound that can be played from a calculator is similar to a station melody, so I tried to play it on a calculator!

“For those who live or have lived in the Kanto area, one is a collection of railway station melodies that I have never heard of.”

※ The number of calculators depends on the song.

Apparently there are more calculator musicians out there than you’d think, because if you’re anything like me you thought there were zero. My favorite remains this cover of the Game of Thrones theme being played on four calculators. I used to think the most impressive thing you could do with a calculator was use it to fail math and then spell out 80085. Actually, I’m pretty sure spelling out 80085 is still the most impressive thing you can do.

Keep going for the full video, along with @atarimae_400’s cover of Ed Sheeran’s “Shape of You.”