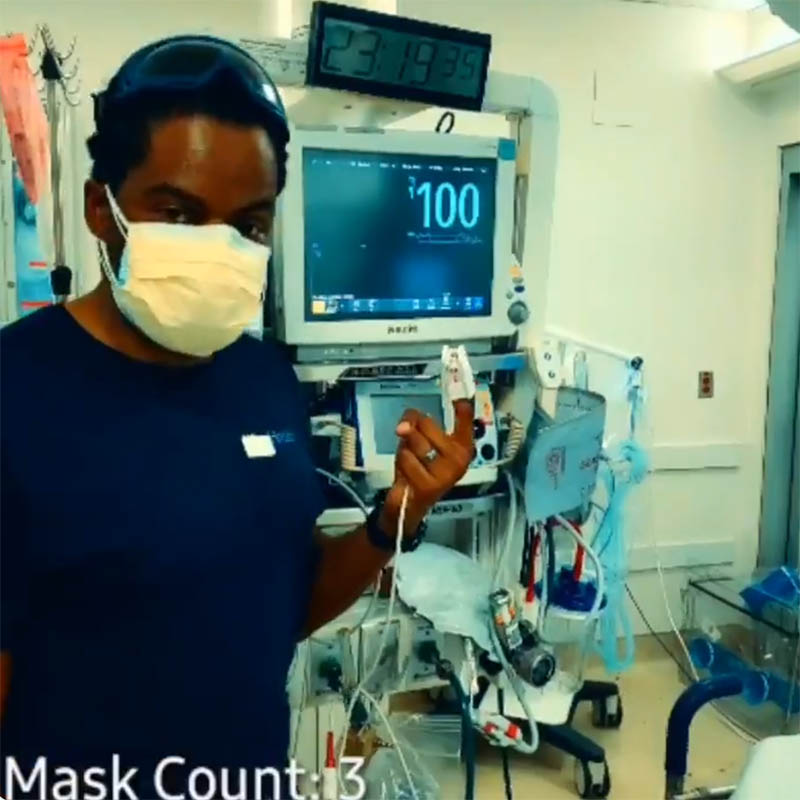 It’s pretty ridiculous that this is even an issue, but people have been refusing to wear masks because they think it’ll lead to suffocation or carbon dioxide poisoning. And since common sense isn’t effective and these people think dentists and surgeons are dropping dead every day, a registered nurse from Oakland felt compelled to make this demonstration using a pulse oximetry sensor to show that wearing masks is completely safe. Even with three surgical masks covering his nose and mouth, his oxygen and carbon dioxide transfer remained normal, with no effects to his oxygen saturation levels or any buildup of carbon dioxide.

Unfortunately, this guy is trying to use science to persuade people who clearly don’t care about science. This is where I’d usually make a joke, but people politicizing a pandemic and refusing to do something as simple as wearing a mask to save lives just isn’t funny. A virus doesn’t care about your freedoms or political beliefs, and killing somebody because you’re too selfish to wear a piece of cloth over your face makes you a pathetic human being. Masks aren’t worn to protect you, they’re worn to protect other people. Surgeons don’t wear a mask because they don’t want to catch your cooties. They wear a mask so they don’t cough or sneeze into your open wound and kill you. Refusing to wear a mask is the same as a surgeon refusing to wash their hands before operating because of “their freedoms.” You’re not a hero or freedom fighter, you’re a joke and the entire world is laughing at you. Wear a mask.