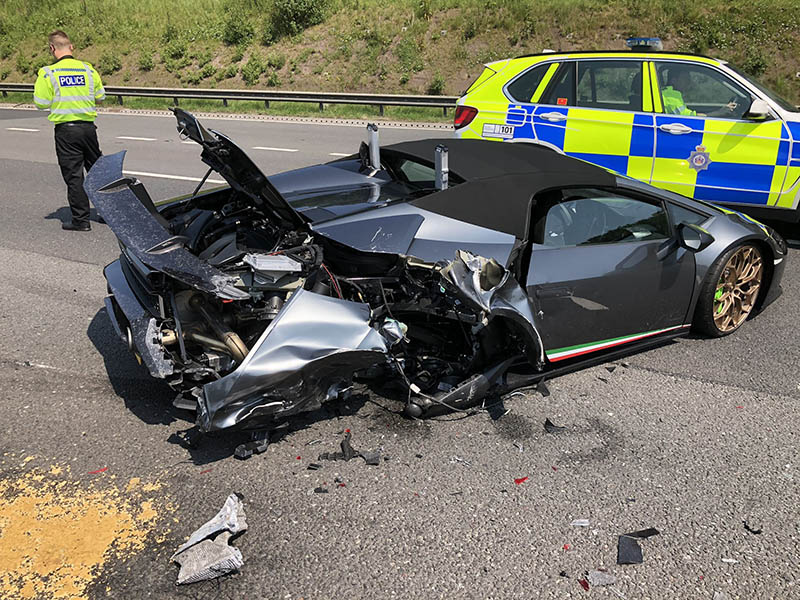 According to the West Yorkshire Police, a $250,000 Lamborghini was wrecked just 20 minutes after purchase. The driver had stopped in the outside lane due to a mechanical failure and was hit from behind by a van.

So technically the Lamborghini owner didn’t crash it the way we all hoped they had and it’s actually the van’s fault for hitting them. Although I guess you could make the argument it’s the Lamborghini’s fault for breaking down immediately after purchase. Personally, that’s the reason I don’t own a Lamborghini myself. It’s not that they cost more than my house, it’s the, uh, poor reliability. Yup.

Keep going for one more shot and the original Tweet from the police departrment.