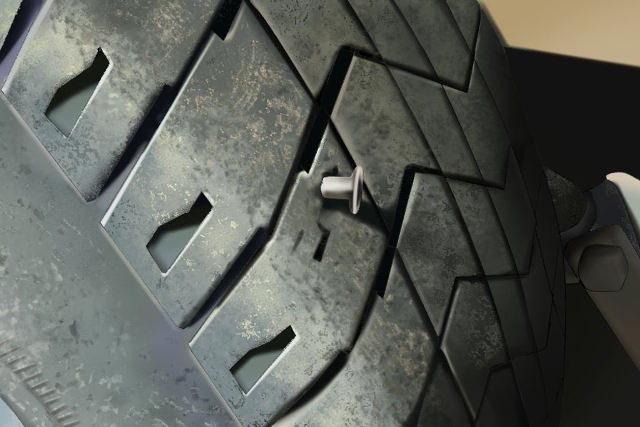 This is the picture a woman running late for work allegedly sent her employer as proof she got a nail in her tire. All the other news outlets I saw were reporting what a poor job she did Photoshopping the nail in the tire, but the tire isn’t even real either, the whole thing is a digital painting of a nail in a tire, and she’s some real talent. I mean if she’d actually created it, which she didn’t, so she’s a terrible ‘nail in tire’ photo Googler and liar. I’d fire her, rehire her, and fire her again.

Thanks to Eric P, who agrees next time search car fire and go with that.