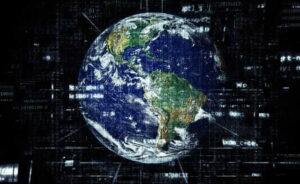 If you take a moment to observe what’s going on online, you’ll realize that an internet revolution is upon us. The goal is to decentralize the internet for reasons which are not far-fetched. Today’s internet as we know it is one that heavily intrudes on our privacy even though many do not yet fully understand how.

In addition to privacy concerns, it would seem that more and more people now want to own and be able to control a piece of the internet in ways they have never been able to do all these years. When you add periodic network shutdowns to the exclusivity of internet control, you’ll probably understand more about why many people want a change.

But this change will neither be easy nor quick to achieve. One thing remains certain: many developers, inventors, makers, and startups are beginning to take on the biggest internet providers out there. One step at a time, the likes of Dfinity and ThreeFold are spearheading what obviously is a revolution of the internet. Let’s see what has happened out there so far.

What ThreeFold Brings to the Table

A casual glance at their website shows that an essential part of ThreeFold’s mission is to provide a decentralized internet for everyone, by everyone, and available everywhere. To achieve this, they developed a peer-to-peer internet system through which they hope to change the structure of today’s internet.

ThreeFold’s new internet system is based on 3Nodes. A 3Node is a hardware device through which an individual can connect to the internet through the ThreeFold Grid. This grid is an interconnection of several 3Nodes from various parts of the world. So, in connecting to the grid, the owner of the 3Node has access to the internet without necessarily going through the big tech companies and their data centres.

In simpler terms, if you own a 3Node, you basically own a piece of the internet because you have complete control of your data and internet capacity. You decide if, when and who accesses your data. This gives access to a secure, end-to-end encrypted internet connection and potentially unlimited cloud storage.

From what we can observe, it appears ThreeFold is the world’s largest storage and peer-to-peer internet network system; offering a massive storage capacity of 80 petabytes (i.e., 80,000,000 gigabytes) and 16,000 live CPU cores.

Another thing you’d notice pretty fast is that ThreeFold’s founder, Kristof de Spiegeleer, and his team, seem to have keen interest in programmes and projects geared towards sustaining the planet.  This goes without saying that their approach to solving the internet needs of the world tilts towards providing a sustainable and eco-friendly internet framework.

Their unconventional approach allows them to save about 90% more energy and consume 90% less energy than what one would expect from large corporations providing the Internet. Consequently, this approach helps them produce less carbon footprint which saves the planet from harmful technological activities.

Still curious, we learn that ThreeFold has an open-source operating system called Zero-OS and a token known as ThreeFold Token (TFT) which may be bought or earned through farming on the ThreeFold network.

Dfinity is another project heavily committed to the internet decentralization movement. It is a Switzerland-based non-profit organization that has been around for a while now. The organization offers the public a platform to freely create and design applications on the net in their own way.

Somehow, Dfinity compares to large corporations like Amazon, Facebook, Microsoft, and Google in the sense that they are pretty big and are growing very fast. However, they differ in the way they handle internet data. First of all, they have their data centres distributed all over the world. This is in sharp contrast to the big names which concentrate all their data centres in a few chosen locations in first world nations.

They gave more life to this massive decentralization project of theirs though a digital token developed on the Ethereum blockchain technology called Internet Computer (ICP). The ICP is of course decentralized, and compatible with many other blockchain platforms and operating systems. Little wonder it hit over $45 billion in value just a few days after its launch.

So here’s a quick insight into the Internet Computer as Dfinity created it. They obviously created their internet by assembling various subnetworks around the world. These subnetworks are made up of data centres owned by various institutions, foundations, establishments and people. Again, each data centre is made up of nodes which can be independently owned too.

How much success they achieve when it comes to tackling the problems they’ve chosen to battle is what we probably don’t know yet. But then, they’ve positioned themselves as an easily accessible platform that serves as a backend host to the worldwide web. You could literally write your code “directly” on the internet without having to go through the mega tech giants like Amazon, Microsoft, Facebook etc. And with Dfinity saying its ICP is faster than both Bitcoin and Ethereum, we may be in for a surprise!

Dfinity vs ThreeFold: How they Compare

ThreeFold and Dfinity may be brothers in arms in the internet decentralization revolution but it appears they’re challenging today’s internet from slightly different angles. For instance, Dfinity basically distributed their data centres to every part of the world; which, for some reason, the tech giants who control the bulk of today’s internet did not do. On the other hand, ThreeFold does not even use data centres.

The following illustration will explain this better. Imagine a hypothetical life-saving plant was sent to all Americans but got stored and consistently grown only in  the states of Washington, Arkansas and New York. Now to gain access to this vital plant, citizens from all other American states would order them from the three states mentioned above. This means, these states would naturally have access to the data of the people making these orders such as their names, location, gender, purchase frequency, preferred specimens etc. As you can imagine, this data can be sold or used without their consent.

Now a revolutionist finds a way to have these plants distributed, grown and stored in every state in America. Each city in each state would be able to contribute to the general supply of that plant. But then another revolutionist decides to create a solution that allows anyone, anywhere in America, to be able to own and grow this plant from the comfort of their home having full access to it anytime without needing to go through those three states where the plant was previously exclusively grown.

This is internet decentralization crudely explained. Dfinity is the revolutionist that took the plants to certain major centres in every location in America. ThreeFold is that revolutionist who made it possible for individuals to be able to privately grow that plant from the comfort of their homes in every part of America. America, in this illustration, represents the world and the vital plant represents the internet.

They also differ in the aspect of coding languages they support and all that. At a glance, the ThreeFold grid appears to offer a more holistic environment for developers. For instance, at the time of writing, only Motoko and Rust are compatible with Dfinity while any Linux IT can run on ThreeFold. Infact, for Dapps to run on Dfinity, they must be built from scratch using Dfinity’s SDK. For ThreeFold, however, Dapps would simply just run naturally without needing to be built again.

Overall, the agitation for a decentralized internet system couldn’t have come at a better time than now. This movement opens up a future where everyone can enjoy fast and efficient internet with complete autonomy and privacy. Like it is with most technological advancements, there’s every possibility that these new internet systems could evolve so fast that they replace the current internet structure as we know it. Fingers crossed!