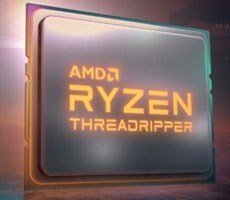 We reported yesterday that AMD is rumored to announce its third-generation, Zen 2-based Ryzen Threadripper 3000 processor on November 7th. Although the official launch of the processors likely won’t arrive for another few weeks, we’re expected to learn specs and some performance details tomorrow.

With that said, the incredibly dedicated